Mushoku Tensei Quotes is not just your average Isekai anime it seems, this anime was hyped so much that I can’t tell, Everywhere I saw was everyone praising how this year was going to be great because we get to see the best Isekai anime.

I was captivated, I mean how couldn’t I be, we see new Isekai anime every season and quite frankly all of them are not worth watching, they are just really bad or full of cringe. So I was excited about an Isekai which might actually be good so here we are.

Mushoku Tensei quotes are not quite meaningful or amazing they are just quotes, mostly because the show is narrated by the protagonist, and all of this is viewed from his side. So I wouldn’t get my hopes up.

But lets get started. Also check out Best Horimiya Quotes

Dammit, I’m too old to look like i wet myself. Dammit

Huh? what’s with that scary look. Maybe kids who use magic are sent off to an inquisition? No! I don’t want to get burned

It’s like a dream. A dream I’m having as I die from that crash. No, even if it is one I don’t care. In this world I bet even I can make it. If I live and try as hard as everyone else.

I see the nice guy skills I honed on dating sims aren’t totally useless. Even embarrassing lines that would’ve sound corny in my old life are passionate and unique fuses of love in this world

Regret and despair I remember it like it was yesterday. In my old life I always fantasized while agonizing in my room. If i suddenly awakened with amazing powers, or if a hot girl moved in with me. I’m sure I could try hard.

I really did learn a lot from her knowledge, experience, technique and most importantly, she brought me outside. I went outside that’s all it was. But it was definitely a trauma that i was carrying

Don’t worry father. Next time I see three kids gang up and bully one helpless kid, I’ll ignore it. Or better, I’ll join them and make it four against one. I’ll let everyone that’s the Greyrat family way. I’d be ashamed to be from a family like that.

A cute young girl who is my own age. I don’t know that right way to get along with her. I’m a man so I would like to build a good relationship in the future. She wants out relationship to stay just how it is and I’m okay with that.

Pathetic. No, he’s an honest man. Maybe I should compliment him. Maybe he couldn’t bring himself to lie because he’s always lecturing me.

There are plenty of things which I can’t do for example, I started learning foreign language recently. But I can’t make heads or tails of them, but I’ll keep studying because the worse I am at something, the better I will feel when i work at it and learn how to do it.

I know how she feels, But leaving will only make her regret in the future “If only I tried harder back then”

Did I really thought I knew how love interests feel after playing all those dating sims? She was worried that I might end up feeling Lonely on my birthday, that’s why she came

If a human child like me helps you, it might make a difference in clearing your tribe’s name. I’ll help you, I’ll do all that I can.

Are you all really adventurers? you all look like a sorry bunch to me. Don’t chicken out when you take a look at my bro. He’s the devil of superd tribe. The great dead-end Ruijerd!

You do see them sometimes. Idiot parents who think their kid has talent just because he’s an early boomer. Looks like this one’s a dud

Are you going to leave Rudeus? No, don’t! please don’t go anywhere

My name is Ghislaine. Starting tomorrow, we work together.

I used to think that a sword was all I needed, we had 6 members in our party, I always let others getting and handling the supplies. After paul and Zenith got married, I traveled alone and I couldn’t calculate money.

What?! You’re younger than me! Are you talking back to me, what nerve do you have? I’ll make you regret hitting me I’ll turn you into mash paste

Beast god is a wonderful language. After all you can use it to hire beast people as servants! do you appreciate their charms as well? I’m especially fond of their twitching tail with emotions, you really do have Greyrat blood

Would you really marry Eris and take over the Boreas Family? If you want I’ll leave Eris in your bed with her hands tied tonight.

Doesn’t the sight of frighten you? You’re a strange child

I will help them and see that they reach their home, even if I have to kill everyone there

I killed him because he hurt a child and why wouldn’t I kill him? he was evil

I love sports anime and love writing about them. 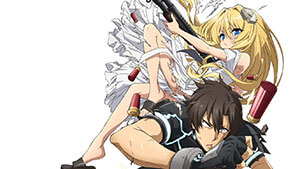 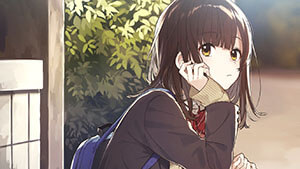 Umair Shahid
My name is Umair. Just your friendly anime writer, I love anime and anything related to it. Big fan of sports and military genre.

Blue lock Episode 3 Previews, Release Date, and Where to Watch

‘Overlord’ Season 4 Episode 12: What To Expect?

My Hero Hero Academia Season 6 With A New Commercial

"Even though my life hasn't been all that great, I figure that I live long enough, something good might happen."